Feeling unwanted all his life Ian invested in being perfect, believing that it would make him attractive, wanted and loveable. Not only did he fail in this endeavor, but he felt even more unpalatable than before. Flogging himself into even greater attempts at self-sacrifice and martyrdom, the return on his investment was loneliness and a plague of irritating physical symptoms like insomnia, Irritable Bowel Syndrome, Sinusitis and Erectile Dysfunction. Trying to be perfect made him the least perfect person he could ever hope to be!

Will Self-Sacrifice and Martyrdom Reward him with Comfort and Love?

Overwhelmed with a fear that he would never be good enough no matter how hard he tried, Ian sequestered the intolerable feelings of anger, envy, revenge, hatred, and vindictiveness. He refused to accept his humanity, and in so doing became a tortured saint, waiting to be rescued from a painful death. His martyrdom robbed him of the comfort, and love that he craved. His longing to earn the top spot in his wife’s heart led to competitiveness with his in-laws, his wife’s pet cats, and his own children who became threats for the coveted spot of being ‘the one’ on his wife’s radar.

Will Ian Lose the Family he Dreamed of?

Terrified that he was about to lose his dream of having a happy, in-tact family where everyone was nice and appreciative, Ian found himself failing as a husband, father, son, and son-in-law. Terrorized by the fear that he would be squeezed out of the relationship with his wife; and that he had to give up all his time to parenting, Ian fluctuated from looking forward to having the family he always wanted, to experiencing them as a boa constrictor choking him to death.

Can Ian Accept His Humanity and Give up the Wish to Be Rescued?

Ian had to feel safe enough to look at the ‘bad’ feelings he had hidden from himself, and find a language to express them. As Ian learned to identify his emotions and what was triggering them, his physical symptoms including insomnia faded away. Many readers will find relief when they embark on a similar journey of self-awareness and tolerance. Learning how to be the ‘good enough parent’ rather than the perfect parent helped Ian settle into fatherhood and balance his own needs with his wish to be a good dad and partner. Reading Ian’s story will help readers who struggle to be perfect parents to relieve themselves of this self-destructive tendency, helping future generations do the same.

Can Dr. Raymond help Ian discover the dark side of his mind and let himself be loved?

Dr. Jeanette Raymond holds nothing back as she gives readers a visceral, play-by-play account of real-life therapy sessions from both the patient’s and therapist’s point of view. We get to eavesdrop as Ian faces the deep and fearful programming at the root of his deadly drive for perfection, lashing out at Dr. Raymond as she guides him into dark parts of his mind to confront his deepest fears. This book offers a rare glimpse into the therapist’s feelings too, as Dr. Raymond shares the emotions that Ian’s sessions evoke in her, allowing readers to feel the deep bond between her and Ian and how his therapy impacts her.

Readers who struggle with constantly “falling short” or”never being enough” get a visceral hit of real-life therapy and help with healing their own perfectionism, as Dr. Raymond strives to help Ian break free from his childhood programming and save his marriage. As Ian walks out of his three-walled prison, many readers will follow. 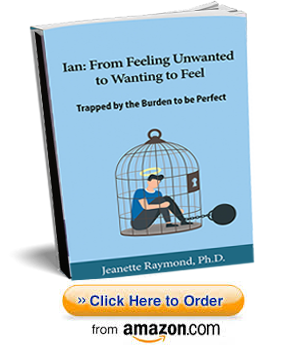 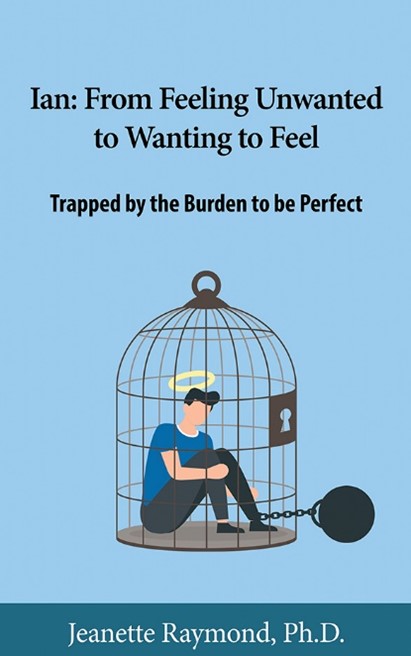